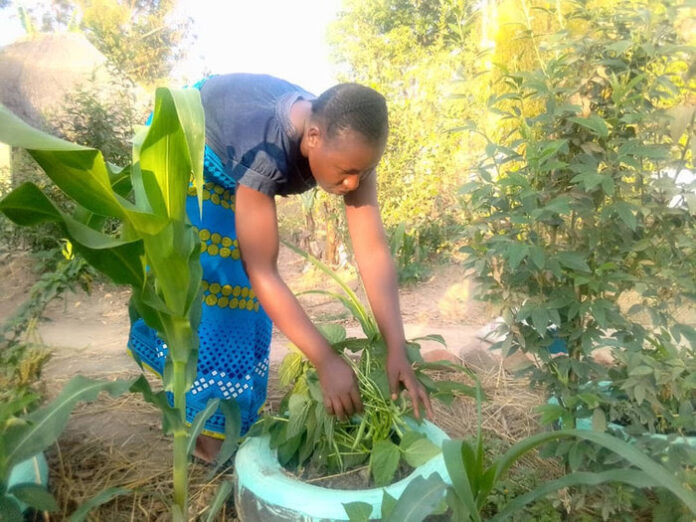 FARMERS in Matabeleland are optimistic about recording good harvests during the 2022/2023 cropping season despite low rainfall patterns that have been experienced in most parts of the region.

The season started a bit early in most parts of the country, but has been of late characterised by erratic and poorly distributed rains across the Matabeleland provinces.

The Second Republic has made food security a top priority and is working towards a US$8,2 billion agriculture industry economy, contributing 20 percent of GDP by 2025, underpinned by the country’s National Development Strategy 1 (NDS1) — the driver towards Vision 2030 to make Zimbabwe an upper middle-class economy.
The country requires 2,2 million tonnes of maize for human and livestock consumption and the three million tonnes target will position Zimbabwe as a significant player in grain production in the region.

Intwasa is a concept aimed at climate proofing agriculture by adopting conservation farming techniques and involves use of small plots and applying the correct agronomic practices for higher returns.

The Intwasa/Pfumvudza programme, designed for small-scale farmers will this season benefit 2,3 million households in the communal, A1, small-scale commercial farming and old resettlement sectors to produce cereals, oilseeds and legumes in the forthcoming summer cropping season.

Our news crew yesterday visited selected farmers who said they are still hopeful more rains will come so that they get the expected harvests.

Mr Stephen Mabhena from Umguza, Matabeleland North province said he had planted maize seed on three hectares and started with an irrigation system before thieves stole his equipment.

“I normally harvest more than four tonnes of maize on good years for resale and it’s the target that I have for 2023 although the rains have delayed a bit. When I started planting last year, I was using drip irrigation but after some weeks, thieves broke in and stole some of my equipment. I’ve been relying on the rains like most farmers,” he said.

“We’re hopeful for improved rainfall patterns so that we have good harvests and that way we would be secure. We haven’t received much rainfall but it’s promising and we remain hopeful.”

Mr Mabhena said farmers were also battling exorbitant seed and fertilizer prices which affect the ultimate product. He said besides that, he was looking forward to a good harvest.

Mr Chris Dube from Makokoba in Bulawayo said although he was cultivating a small piece of land in Richmond, he was positive of a good harvest to avert food insecurity.

“This piece has changed my life for the better and I’m happy to announce that we’re almost there. We just need a bit of rainfall so that we get a good harvest. Our farming land is not secure; we need fencing so that we can be protected from thieves.

“We’re grateful to the Government for farming inputs and we urge our leaders to expedite distributing them so that we make the most of the rainfall that we receive in Bulawayo,” said Mr Dube. “Our wish is to also have boreholes so that we can plant vegetables throughout the year and supplement what we already have in order to have access to a balanced diet.”

Another farmer, Ms Tambudzai Murenje from Mzilikazi said the little rainfall received so far was good motivation to start farming.

“I still have maize harvested from the past farming season and we can never go hungry with my family since we have this. We’re grateful to the Bulawayo City Council for allowing us to use this land, it’s a great initiative that has delivered many families from hunger. We only wish we had more than one borehole as we’re failing to service the whole area.

“We are about 150 peri-urban farmers with two acres of land each. If we had more boreholes, we would be able to do more so that we also sell excess and cover other expenses.”

Farmers in some parts of Matabeleland South said they desperately need the rains in order for their maize crop and the small grains they planted late to survive.

Gogo Florence Nyathi from Diba Village in Bulilima District said if the rains do not come in the next week, she might lose her maize crop.

“We need the rains because the crops are now in a dire state. If we don’t receive rains within the next week, I’ll lose most of my maize crop as it’s at a stage where it needs water. The small grains are in a better condition,” she said.

Acting provincial director of agricultural rural development and advisory services for Matabeleland South, Mr Mkhunjulelwa Ndlovu said small grains were generally in a better condition across the province when compared to the maize crop.

He said the maize crop was better in some parts of Umzingwane and Insiza Districts which fall under Region 4. He said there was however a need for rains across the entire province.

Mr Ndlovu said districts in the Southern parts of the province such as Beitbridge and Gwanda were the hardest hit. He said most people planted their crops late November and early December.

“Our province has regions 4 and 5 and the condition of crops varies with these areas. Generally, small grains are doing well across the province.

“We’ve seen an increase in the area planted under small grains from 63 000 hectares last year to 80 000 this year. For maize, we have over 100 000 hectares, but we’re yet to come up with a conclusive figure as we are carrying out an assessment,” said Mr Ndlovu.

“The districts that are hard hit are in the Southern parts of the province such as Beitbridge where we have some pockets of areas which are dry. Maize across the entire province is mostly at an early vegetative stage which means it needs water.

“Small grains are mostly at the early to late vegetative stage. We have a small portion at an emergency stage which means rains are needed,” he said.

Mr Ndlovu said when farmers receive rain, there is need for them to plant sunflower, early maturing maize crop and sugar beans. He said farmers should also continue weeding their crops.

Matabeleland North provincial agronomist Ms Zenzele Ndlovu said although rainfall patterns had been erratic, there was still hope for farmers.

“December was generally dry which affected crop emergence as well as the crop that had already emerged started showing signs of moisture stress. The dry spell also had a bearing on the application of the top dressing on early planted crops, especially maize,” said Ms Ndlovu.

“Rains were received the second week of January which brought relief to farmers as the crops that had started showing moisture stress started recovering. Weeding was a challenge hence the increase in weed pressure.”

She encouraged farmers to keep their fields weed-free and continue planting crops such as sugar beans and cowpeas.

“In terms of cereal planting, farmers can focus more on planting traditional grains. Mulching either live or dead remains key so that farmers conserve the little moisture that is in the soil.”

Meanwhile, the Ministry of Agriculture, Lands and Rural Resettlement will from this Friday up to 10 February conduct its annual crop and livestock monitoring exercise.

In a statement, the Ministry said crop and livestock assessment is one of the early warning methods to forecast the national food security status.

“The overall aim of the first round of crop and livestock assessment is to provide early information on the progress of the cropping season’s national agricultural and food security targets. More specifically, this assessment aims to assess and verify crop growth stages, conditions, and the establishment of preliminary implications of the same on the production of different major crops.”

The assessment will also verify the availability, accessibility, and utilisation of major cropping inputs by farmers.

“This year, the ministry will collaborate with stakeholders such as farmers’ unions, parastatals, and modern technologies such as GIS and remote sensing from Zimbabwe National Geospatial and Space Agency (ZINGSA) and Scientific and Industrial Research and Development Centre. In the survey, farmers are urged to cooperate and provide relevant information to help decision-making at all levels
– The Herald