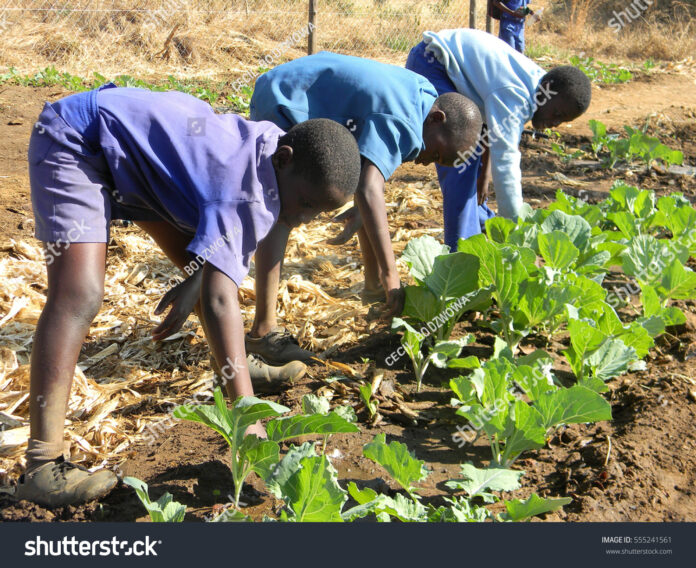 The training is meant to equip young people with tools essential for them to thrive as entrepreneurs.

“The Government created an enabling environment for the youths to thrive as successful businessman and women in agriculture.

“The training is taking place in provincial integrated incubation hubs that will be supported by the eight agriculture colleges situated across the country as the Government moves to create employers rather than employees,” said the Deputy Minister.

In addition, the Government is also implementing the 20 percent youth quarter in the allocation of land to set the trained farmers up for production.

“Allocation of land to 700 youth under the provincial youth integrated schemes has since started, which is testament to Government’s efforts to boost youths’ participation,” Dep Min Haritatos observed.

The growth of the country’s agro-based economy will spawn economic development, as the improved raw material production will have a dominos effect on the agro-processing industries.

Dep Min Haritatos underscored the need for the integration of the 65 percent youthful population into agriculture stressing how youths’ familiarity with modern technology was critical for innovation and development of the sector.

“We are happy that more youths are coming on board to support primary production, as well as value addition and secondary production in the agriculture value chain,” said the Deputy Minister.

The youth desk in the Ministry of Lands, Agriculture, Fisheries, Water and Rural Development is coordinating agricultural projects being funded by various non-governmental organisations (NGO) and inter-governmental agencies such as Green Jobs for rural employment by FAO and opportunities for rural youth employment by SNV.

“We are calling upon the young people to participate in agriculture as primary production remains a key aspect in economic development. They must take advantage of the sound agribusiness environment in the country,” the agriculture youth desk coordinator Mr Nickros Kajengo.

He added that young people should be absorbed into the mainstream economy with the establishment of the youth desk demonstrating the Government’s efforts in ensuring youth participation in the entire value chain. *Herald*