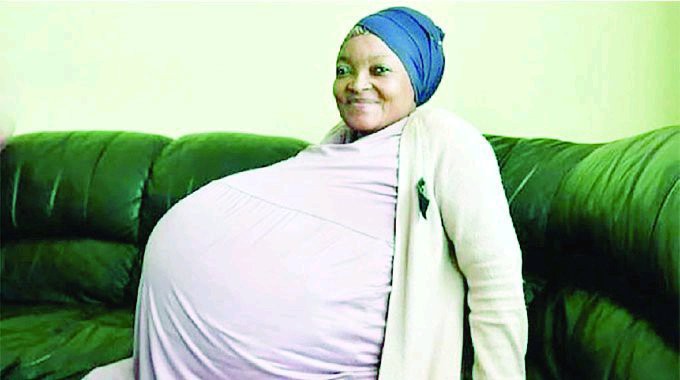 Public Protector cleared hospitals and medics who treated Gosiame Sithole, who alleged she had given birth to 10 babies last year, of any wrongdoing. – Twitter.

It also found no evidence she was barred from seeing her babies, kept for mental observation against her will or that her privacy was violated by the Gauteng health department, social workers, Ekurhuleni municipality and police.

Advocate Kholeka Gcaleka released a detailed 57-page report after a complaint by Teboho Tsotetsi, who was said to be the father of the decuplets dubbed the “Thembisa 10”.

Tsotetsi’s complaints included a range of issues, including how his partner’s medical records were shared with the media, how she was unlawfully detained by the police after she was reported missing by his family, how she was taken in for involuntary mental assessment at Thembisa Hospital and how her elder twin children were removed from her care without her consent.

Gcaleka received numerous statements and affidavits from those involved, including the hospitals at which Sithole alleged the children were born.

Concluding her report, Gcaleka said: “The allegation that Ms Sithole gave birth to decuplets on June 7 2021 at Steve Biko Hospital and that she was refused access to her babies is unsubstantiated.

“Evidence at the disposal of the public protector, namely the clinical obstetrician and gynaecology report from Thembisa Hospital, indicates Ms Sithole did not give birth and was not pregnant in recent times.

Gcaleka said there were inconsistencies in Sithole’s evidence.

“Evidence in the form of statements made by Ms Sithole illustrates several factual contradictions regarding where Ms Sithole allegedly gave birth to the decuplets as she mentioned that the delivery of her children occurred at Steve Biko, Sunninghill and Mediclinic Medforum hospitals. All the hospitals denied she was admitted at their facilities during this period.”

She was reported missing to police by Tsotetsi’s family, who upon tracing her did not arrest her but took her to hospital.

On Sithole’s twins being removed from her days after questions about the existence of the decuplets, Gcaleka found that too was warranted.

Gcaleka found that it was Sithole who had contacted social workers, alleging that she was concerned about the well-being of her twins after her prolonged stay at the Thembisa hospital after allegations she’d given birth to the 10 babies.

Sithole was reunited with the twins three months later.

In his complaint, Tsotetsi criticised Thembisa Hospital and Gauteng’s department of health for addressing the media regarding Sithole’s medical condition and the alleged birth of the 10 children.

Gcaleka said the department and the hospital interacted with the media with the objective of refuting the unsubstantiated claims of the birth of the children, adding that the story had made local and international news.

“Therefore, it was reasonable for the Gauteng provincial government (GPG) to protect the reputation of the department of health and health facilities (Steve Biko Hospital) against the potential reputational threat posed by media articles published by Independent Media, the Pretoria News and other media platforms,” Gcaleka’s report said.

“The GPG disclosed the health status and stay of Ms Sithole at Thembisa Hospital as the non-disclosure thereof would have represented a threat to public interest in public health services.” – TimesLIVE.

COVID-19: Govt Urges Citizens To Be Vaccinated As Cases Rise

COVID-19: China infection surge on agenda at WHO coronavirus meeting