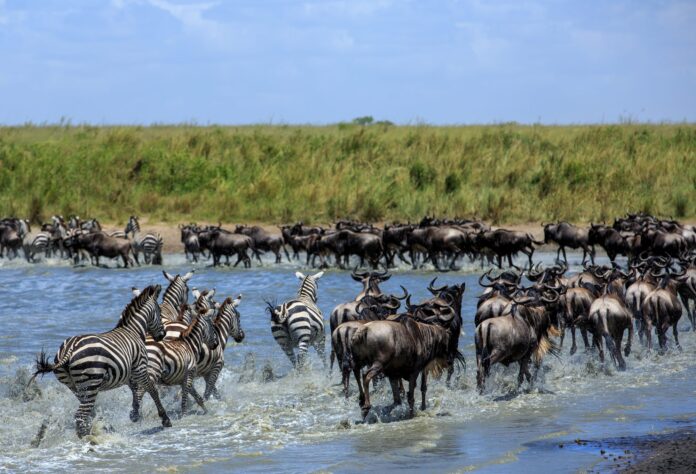 Speaking to NewsDay during a media tour organised by the African Wildlife Foundation (AWF) recently, Mid Zambezi Cluster regional manager Felix Chimeramombe said they also use drone technology in the fight against poachers.

“As such, we have been experiencing problems of wildlife poaching, especially wildlife of high value like the elephants whereby in the 1900s, we were experiencing quite a high number of poaching incidences that would involve elephants, whereby we would lose 68 to 70 elephants every year throughout the whole region,” Chimeramombe said.

“Come 2017 to the present when we partnered with conservation partners like AWF, we have come up with a number of strategies that have helped us to reduce the level of poaching to a single digit which is what we are experiencing at the moment.

Mana Pools National Park is located along the Zambezi River.

This broad plain area generates a series of lakes during the rainy season.

As the waters begin to recede, the remaining pools become excellent game viewing locations as wildlife flocks to these natural watering holes, at the same time attracting poachers.