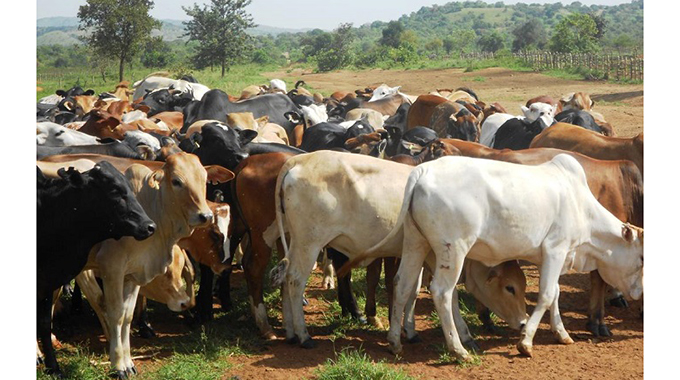 Police in Lower Gweru, Midlands Province have recovered 33 stolen cattle after arresting five suspected rustlers who had stolen 35 beasts from a farm and sold them to villagers.

Among the suspects are a father and son who were employed at Gilman Farm and allegedly worked as inside men to coordinate the theft of 35 beasts from their employer.

He said the cattle were stolen in two batches between September and November 2022.

“The suspects reportedly cut the barbed wire to gain entry and drive the cattle out. The offence was discovered by one of the workers and a report was made to the police,” he said.

Inspector Mahoko said investigations led to the arrest of Sibanda and the recovery of three beasts from him.

Further investigations led to the arrest of Takurai and his son Chikomborero who were employed at the same farm, leading to the recovery of eight beasts from them.

“Farmers are urged to quickly make police reports where they suspect their stock had been stolen. Farmers should also be watchful of the activities of their workers,” he said.