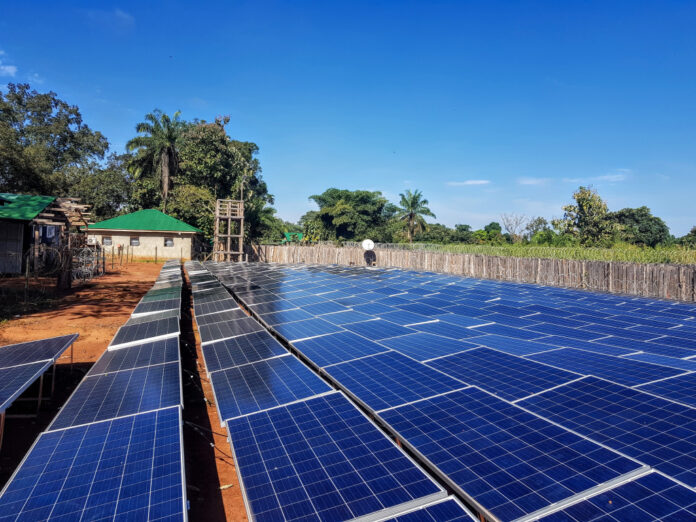 Cheaper solar panels could be on the way after a scientific breakthrough.

Using enhanced halide perovskite – a man-made material with repeating crystals shaped like cubes – in place of silicon could produce less expensive devices that stand up better to light and heat, according to researchers led by the University of California, Los Angeles (UCLA).

Solar power still accounts for a little less than 3% of electricity generated in the US in large part because of the high cost to produce solar cells.

One way to lower the cost of production would be to develop solar cells that use less-expensive materials than today’s silicon-based models, the researchers claim. To achieve that, some engineers have zeroed in on halide perovskite, a type of human-made material with repeating crystals shaped like cubes.

In theory, perovskite-based solar cells could be made with raw materials that cost less and are more readily available than silicon; they also could be produced using less energy and a simpler manufacturing process.

Cost is a major barrier to wider adoption of nuclear power
“Renewable energy is critically important,” said UCLA Professor Yang Yang. “Perovskite will be a game changer because it can be mass produced in a way silicon cannot, and we’ve identified an additive that will make the material better.”

A stumbling block has been that perovskite breaks down with exposure to light and heat — particularly problematic for devices meant to generate energy from the sun.

But the UCLA team has developed a way to use perovskite in solar cells while protecting it from the conditions that cause it to deteriorate. In a study that was published recently in Nature Materials, the scientists added small quantities of ions — electrically charged atoms — of a metal called neodymium directly to perovskite.

They found not only that the augmented perovskite was much more durable when exposed to light and heat, but also that it converted light to electricity more efficiently.

“The ions tend to move through the perovskite like cars on the highway, and that causes the material to break down,” Zhao said. “With neodymium, we identified a roadblock to slow down the traffic and protect the material.”
*Independent UK*