HomeNews88% of African respondents believe that climate change is already affecting their...
News 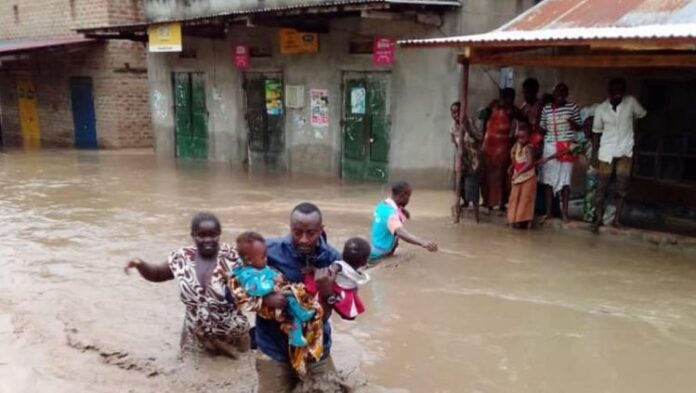 Africa is the part of the world most affected by climate change, although it contributes least to the problem

These are some of the key findings from the first African edition of the European Investment Bank’s (EIB’s) 2022 Climate Survey. [1] The E5IB is the lending arm of the European Union and the world’s largest multilateral lender for climate action projects. Since 2018, the EIB has conducted similar large-scale climate surveys across Europe, China and the United States.

The results of the survey come at a critical moment for Africa, after COP 27 where the mobilization of resources for the mitigation of global warming and the adaptation to its effects were at the heart of the debates with the decisive agreement reached on a new “loss and damage” fund for vulnerable countries hard hit by climatic disasters.

“A great majority of respondents in the countries polled in Africa are alerting us that climate change is already impacting their families and sources of income. The results of the EIB 2022 Climate Survey also show that developing renewable energy is seen as an important priority by most of the respondents. At the EIB we have been supporting clean energy investments in Africa, such as wind power, hydropower and off-grid solutions, for many years. We stand ready to use our full range of advisory and financial instruments to support our partners on the ground to mitigate climate change, adapt to its already palpable, negative effects and ensure a just transition.”

EIB has a long-established presence on the African continent and provides support for numerous initiatives and projects, including in the areas of environmental protection and climate change, the digital economy and telecommunications, sustainable agriculture and food security, clean water and sanitation, clean and affordable energy, sustainable infrastructure, sustainable industrial development, urban development, education, and lending for sustainable projects carried out by small and medium-sized enterprises and large corporations.

Africa is the part of the world most affected by climate change, although it contributes least to the problem. The continent faces an increased threat from extreme weather events and chronic climate change, which influence agricultural yields, food and water security, ecosystems, livelihoods, health, infrastructure and migration. By damaging vital resources and increasing competition for natural resources, climate change is likely to increase poverty, inequality and unemployment. Our investments contribute to the building of the infrastructure that helps mitigate climate change and allows Africans to adapt to its unavoidable impact on their lives.

The EIB has been a strong partner of African countries for more than 55 years. Through our new development arm, EIB Global, we are strengthening our presence in Africa and are supporting climate and environmental action projects. EIB financing includes providing access to clean and modern energy for hundreds of millions of people in Africa. For example, we are supporting clean water in Senegal, Côte d’Ivoire and Niger, flood protection in Burkina Faso, solar energy in Zambia, wind power and geothermal projects in Kenya, hydropower in Liberia Ghana and Madagascar, and off-grid solutions in Benin that will improve access to energy for households and micro-entrepreneurs.

The survey results confirm that climate change has negatively affected the livelihoods of African people, with 61% stating that their income has been affected. These losses are typically due to severe drought, rising sea levels or coastal erosion, or extreme weather events such as floods or hurricanes.

More than half of African respondents (57%) say they or people they know have already taken some form of action to adapt to the impact of climate change. Some of these initiatives include investments in water-saving technologies to reduce the impact of drought and drain clearing in advance of flooding.

When asked about the sources of energy their country should invest in, 76% of African respondents say renewable energy should be prioritised, far ahead of fossil fuels (13%).

The EIB has operated in Africa since 1965. Since then, the EIB has invested €59 billion in 52 African countries, supporting infrastructure projects, innovative firms and renewable energy schemes, in the public sector and private companies, from microenterprises to the largest multinationals. Africa needs to increase its spending on combating climate change by several hundred billion euros a year.