HomeEnergyPower blackout survival tips from around the world; including salting candles for...
Energy

Power blackout survival tips from around the world; including salting candles for Zimbabweans 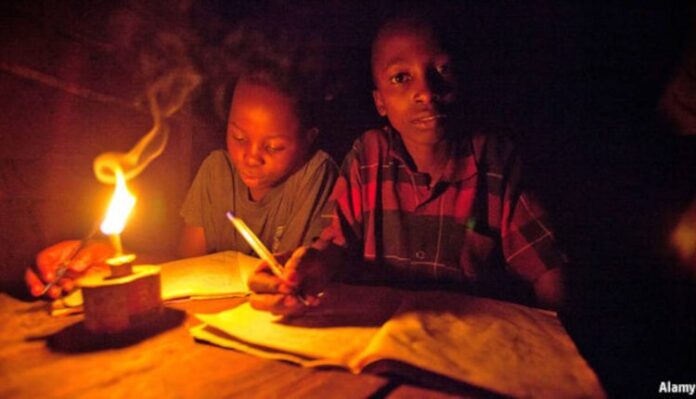 Europeans are bracing for a tough winter of possible energy rationing and even power blackouts due to reduced natural gas supplies from Russia, while millions are cutting their consumption to save on sky-rocketing bills.

As governments hope for a mild winter that would help avert blackouts, what steps can ordinary people take to prepare for power cuts?

Here are seven tips from around the world on how to cope if the lights go out:

*1) Prepare with an emergency ‘blackout box’*

Britons are readying “blackout boxes” with emergency supplies including candles, blankets and torches after the country’s National Grid warned in October that planned power cuts could be necessary for the first time in five decades.

Others are stocking up on camping stoves, battery-operated radios, power banks, board games and biscuits.

With the possible power cuts set to hit during winter, the UK Networks energy company advised wearing several layers of clothing and reducing heat loss by closing the curtains and doors of unused rooms.

The Finnish National Rescue Association (SPEK) advises the “walkthrough method”: walking around your home before any power outage to remember and learn where to find emergency supplies, a method often used in workplace safety preparedness.

SPEK also promotes the “72h concept” which involves assessing how prepared households are – from food to medicine – to cope with at least three days of power disruption.

South Africa has struggled with blackouts – locally called “loadshedding” – since 2007 due to years of poor maintenance and management of its coal-powered plants.

Battery-powered light bulbs that charge when the power is on and automatically light up when the power goes off are growing in popularity. Solar-powered lanterns help people move around safely in the dark and do not need battery replacements.

Britain’s National Grid has advised people to install a battery back-up for essential medical equipment and machinery such as stair lifts, bath hoists and adjustable beds.

In Yemen, where a seven-year-old war has damaged the national grid, more than half of the country uses solar power as the main lighting source.
Car batteries are also often used to power smaller appliances such as fridges and televisions, a trend common in India, Syria and Nigeria.

*3) Trim and salt your candles*

In Lebanon, where an economic crisis has left the country’s energy system in disarray, people who lived through frequent blackouts during the 1975-1990 civil war have been sharing their tips with their children.

These include trimming a candle’s wick to ensure a slower burn and using enough candles to help heat a room, as well as give light.

As Zimbabweans face blackouts caused by ageing infrastructure and low water levels at hydroelectric plants, tricks learned during a wave of power cuts in 2008 are making a comeback.

Some householders sprinkle salt on burning candles to make the wax melt more slowly, which leads them to last longer.

Despite their country’s abundant oil reserves, more than 40 per cent of Nigerians – about 90 million people – still have no access to electricity due to an archaic, poorly maintained national grid, and precarious energy supply.

That means many Nigerians and businesses depend on diesel-powered generators, but for those who cannot afford the high operating costs, sharing is sometimes an option.

In cities, small-scale restaurateurs and food vendors pay less than $1 daily to store their produce in generator-powered cold rooms owned by local entrepreneurs.

A South African app called Eskom Se Push, sends notifications to users’ phones about planned blackout – or loadshedding – schedules, allowing millions of people to coordinate their movements around the city to avoid areas that have no power, or plan their cooking and work schedules.

Zimbabweans in high-density suburbs vulnerable to power outages travel to friends or relatives in central business districts where power is usually restored faster.

And in Lebanon, people living in high-rise buildings make sure they arrive home before the lifts stop working to avoid climbing many flights of stairs.

Zimbabwean students make makeshift lamps by heating shoe polish in a glass jar until it liquefies, then dipping a piece of cloth into it through a hole in the lid of a jar. By placing a stand over the flame, they can also boil water to make tea.

From India to Nigeria, ice packs or frozen bottles of water are used to line the fridge and freezer to keep food fresh for longer once the power cuts out.

In Nigeria, fresh fish sellers pay ice block vendors to preserve unsold stock overnight in large coolers where they keep replacing the ice so the fish can be sold the next day.

To avoid rising food poisoning cases in Lebanon due to food going off during power cuts, people are cooking smaller portions that last no longer than a day, avoiding lots of poultry and meat and turning more towards fresh fruits and vegetables. — _*By Thomson Reuters Foundation*_