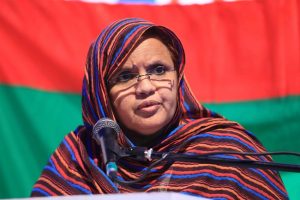 At the 6th edition of the African Forum of Territorial Managers and Training Institutes targeting Local Governments (FAMI 6_2022) holding from November 28 to December 3, 2022, participants will seek to learn and exchange on the conclusions of the COP27 with a focus on the gains for African Local Governments.

Apart from exchanging on the main challenges and needs in the field as well raising awareness, training and empowering local governments on climate financing opportunities, the forum will likewise see the training of trainers in climate action in partnership with the ADEME Agency, along with highlighting good practices and successful experiences in climate action and identifying key funding opportunities for training and capacity building.

“While the impacts of climate change concern and challenge the entire planet, and while they may differ greatly from one region to another, everyone on this planet has a role to play in climate action (states, governments, local authorities, the private sector, civil society, NGOs, donors, etc.). With regard to the African continent in particular, it’s vulnerability to climate change, aggravated by rampant urbanisation, is due to a series of factors, including low adaptive capacity, high dependence on ecosystem goods for livelihoods and less developed agricultural production systems,” the UCLG Africa disclosed in a statement, adding:

“Adaptation is also essentially a territorial and local issue. Territorialisation of Nationally Determined Contributions (NDCs) is therefore essential to ensure that adaptation measures have an impact on the ground, benefiting populations and territories. In this regard, sub-national and local governments should be recognised as key actors in the design and implementation of climate change adaptation measures. They should also be the main beneficiaries of the financial resources allocated to adaptation action plans.”

In this context, UCLG Africa has engaged with the Region of Souss-Massa and the Municipality of Agadir of Morocco in an ambitious pilot programme of territorialisation of nationally determined contributions in Morocco, funded through the Readiness programme of the Green Climate Fund, currently being implemented.

The FAMI 6 will be an opportunity to highlight this practice and share it with other African local authorities that will be mobilised to participate in the Forum.

The meeting marks the contribution of UCLG Africa to the United Nations Decade of Action and will be held in Agadir, at the Training Centre of the Faculty of Medicine and Pharmacy, Ibn Zohr University.

The FAMI 6_2022 is organised in partnership with the General Directorate of Territorial Collectivities (DGCT) of the Ministry of Interior of Morocco, the Souss-Massa Region, the Prefectural Council of Agadir-Ida Outanane, the Communal Council of Agadir, the Provincial Council of Tiznit as well as the University IBN ZOHR, with the support of the different National Associations of Local Authorities of Morocco (ARM, AMPCPP, AMPCC), and the UCLG Africa Partners Network.