There used to be a very nasty smell around Redcliff’s high density Torwood and Rutendo suburbs, ‘Home of the Steelmakers’, some 220 km south-west of Zimbabwe’s capital, Harare.

The origin of it was obvious, as spillage of sewage into houses and streets from inadequate temporary pipes meant to carry sewage away from residents’ homes had been a daily menace for the two communities for nearly two decades.

“My last born son, who is now 21 years old, enjoyed only the first two years of his life in a home free from spilling sewage. For the next 18 years, sewage all over our home would form part of his normal life. As time went on, we all got used to the stinky smell.  That is how we had adapted,” said 55-year-old Gogo Tshuma, a resident of Rutendo High Density Suburb.

Another resident of Rutendo High Suburb, 58-year-old Forbes Muzanzi said, “Daily, I woke up early morning to scoop the sewage out of the yard.  For me, it was worse because the sewer manhole was in my yard and it burst regularly, flooding the entire house with raw sewage. My children called it ‘Dad’s sewage’, because of how I religiously tried to get it out of the yard and sternly warned them against playing close to it”.

A 71-year-old Gogo Mamvura, a resident of Torwood section ‘Q’ added; “We constantly called the municipality officials to help, but it was short-term. They are the ones who gave us the small pipes that we connected to the drain to discharge the sewage outside the yard, though it then flooded the streets. It was difficult”.

Most of of the residents in Torwood and Rutendo suburbs are former Zimbabwe Iron and Steel Company (ZISCO) employees, the home of Zimbabwe’s once giant steel production company. At its peak, ZISCO was Africa’s largest integrated steel works, producing up to one million tonnes of steel annually and employing at least 8,000 people. However, steel production has declined over the years due to an economic crisis, which has severely affected livelihoods in Redcliff’s largely urban areas. ZISCO formerly owned the sewer and water infrastructure in Redcliff before it was handed over to the municipality in the 1990s.

Dilapidated sewer systems, coupled with a population explosion in Redcliff, has led to uncontrolled sewage management that often resulted in the discharge of raw waste into the environment, including homes, thereby posing significant health hazards to local people, quite apart from the smell.

To help improve wastewater management in Redcliff, the second phase of the ZimFund Urgent Water Supply and Sanitation Rehabilitation Project replaced nearly 4 km of old, small and broken pipelines in Torwood and Rutendo suburbs, affecting around 6,000 households. The works, which entailed removing sewage from homes, were completed in December 2018, providing sweet relief to residents such as Muzanzi and Gogo Tshuma.

“I would like to thank ZimFund from the bottom of my heart.  We’ve been living a normal life ever since they replaced the pipes last year. Our houses can now attract tenants because there is no more sewage flowing everywhere”, said Muzanzi. Teasing, he added that he would sell his house for $25 if the sewage resurfaced.

“When the sewage disappeared from my house last year, I could not believe it. We now breathe fresh air and my grandchildren have freedom to play anywhere. If I had money, I would have thrown a party, dance till we break the ‘temporary pipe’ just to celebrate the achievement,” said Gogo Tshuma with a beaming face while shelling her maize.

The wastewater management project under ZimFund includes the rehabilitation of the Torwood ponds filter drying beds and sewage pump house, the Redcliff sewage treatment works, the Rutendo sewage treatment pond and works and the supply of sewer cleaning vehicles.

The rehabilitation works are designed to ensure the safe discharge of treated sewage, which will reduce waterborne diseases and infestations, and improve residents’ quality of life. The project is expected to be completed by August 2019, and will benefit almost 40,000 Redcliff residents.

ZimFund is a $145 million water and sanitation and energy programme, established in 2010 after an outbreak of cholera in 2008. The programme is supported by Australia, Denmark, Germany, Norway, Sweden, Switzerland and the United Kingdom. The African Development Bank manages it as part of its work to improve the quality of life in Zimbabwe. The Bank also supports water and sanitation projects in other locations such as Bulawayo and Marondera, and other sectors in Zimbabwe including agriculture, transport, social, financial, and energy sectors. 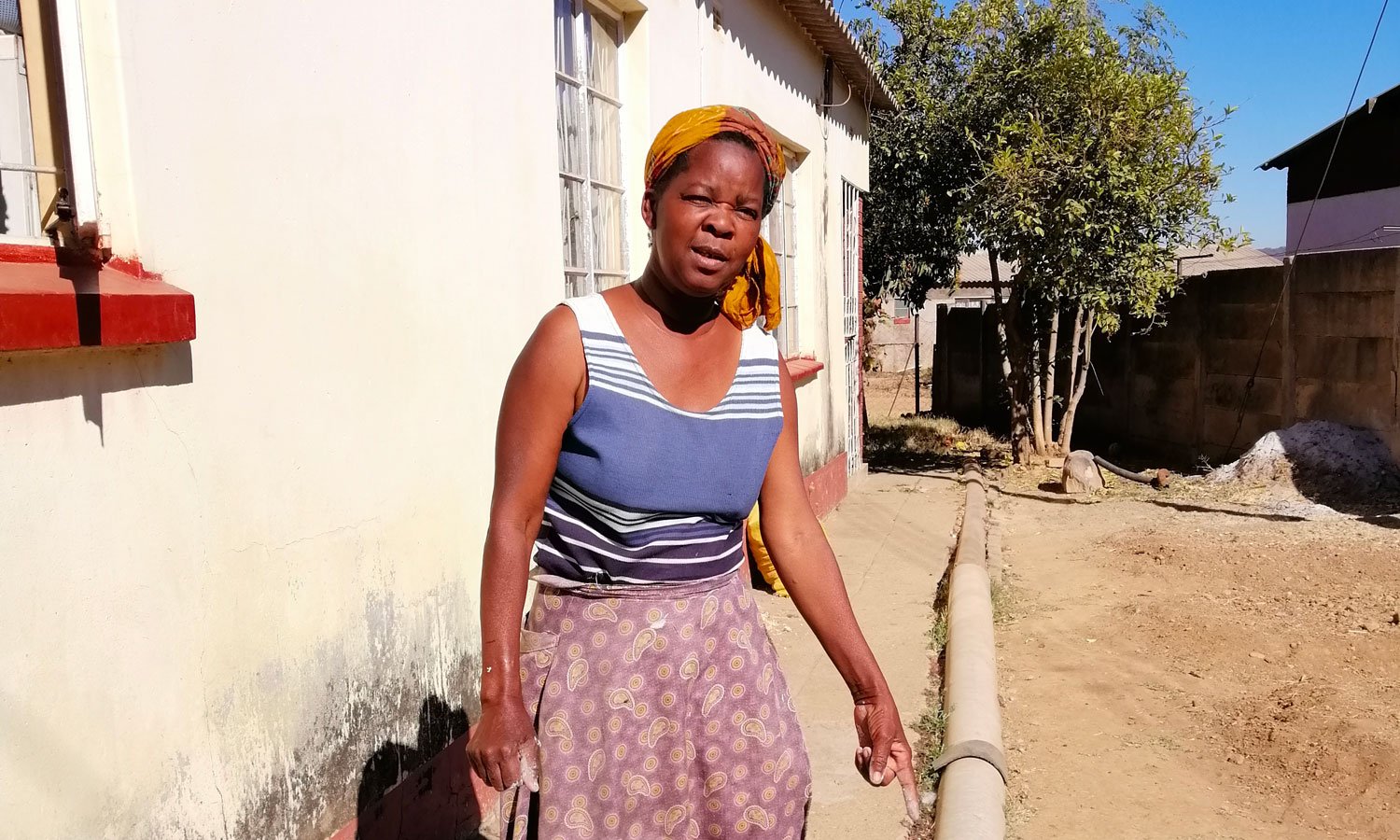 Rutendo High Density Suburb resident Gogo Tshuma points to a temporary sewer pipe which is no longer used after ZimFund replaced the sewer pipes in her area last year, bringing to an end more than a decade of sewage spillages in her home.

Forbes Muzanzi, a resident of Rutendo High Density Suburb in Redcliff holds a ‘temporary sewer pipe’ that transported sewage out of his yard before ZimFund phase II replaced all the small and broken-down sewer pipes in his area.

Climate change: California wildfires ‘can now happen in any year’